Crystal and precious stones have been used in healing, orientation and divination for thousands of years.  That is why Queen’s and King’s crown (and sometimes breastplates) were adorned with them to help them uphold wisdom, goals, healing and power.

Crystals are used the world over and were used by ancient civilizations like the Egyptians and Mayas for their mystic and healing powers. 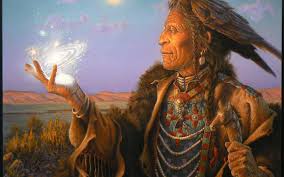 Considered as being of celestial origin, the quartz bestow power to shamans and medicine men; during their initiation rites, pieces of quarts were known to be introduced in the body of the initiated, by example, by drinking water having small quartz pieces. Please this is not something to do if we do not know how.  Mankind from those ancient cultures was also conscious that sculpting a human skull out of the crystal had an importance and could augment its healing power and human consciousness at all levels.  This is the reason of their importance in our lives. Skulls carved of different precious stones possess the curative proprieties of that stone with the stone vibration and level of consciousness. They facilitate our elevation and transfiguration into those different levels of consciousness.

The crystal skulls can be programmed and directed by our thoughts through the intention we place to sustain our own healing or that of others.  We can work with certain stones for specific results, or we can work with a skull carved out of clear quartz who acts as an agent of communication.

The quartz can be used, just as the flint, to start a fire; the spark produced by the percussion of a steel blade can ignite  combustible material such as Adamou. The piezoelectric properties of quartz make it an essential element of modern clocks.

It is possible to work with distance healing for those you love. You may give them a crystal skull sculpted in the stone that will work for the betterment of their condition or, you can work with a crystal skull and project the intention of healing energy towards a person, of course, with his approval.

Over time, we will do guided meditations for self-healing with crystal skulls, and you may also find sections where we will talk about healing with the crystal skulls. They are strong tools to maintain, facilitate and strengthen energy healing at all levels.  For many years, we facilitate weekly meetings, of course, in the heart of Kebek, in the city of Three-Rivers.  I now open a parenthesis to explain why I write Kebek instead of Quebec… (The word [Kebek] is native Amerindian (here written in the sacred language). It means [Narrow Passage] in reference to the place where the river narrows in a subtle way. It is where the city of Quebec is now situated (here written in profane language).  We have found ourselves in the presence of over 700 skulls assembled in the same room.  The energies were sublime and what a wonderful meeting.  Imagine all that can be accomplished when we are assembled with such a number of crystal skulls… It is the reason why, with them, we are working towards Peace on Earth.

Everything becomes intense and all is powered thanks to the skulls and their properties.  The skulls amplify and intensify the power of the intention, allowing you to hold the frequency and resonance of a specific desired result.  Crystal skulls carved in precious stones and minerals can help you in specific ways and situations. (For sure, this, in no way should substitute traditional medical help, but it may enhance and secure an energetic healing.)

So, now that you understand a little better the importance of the Crystal Skulls, we can now speak about their different properties and the different beneficial effects that they place in us, on us and all around us.

Guardians of the Crystal Skulls